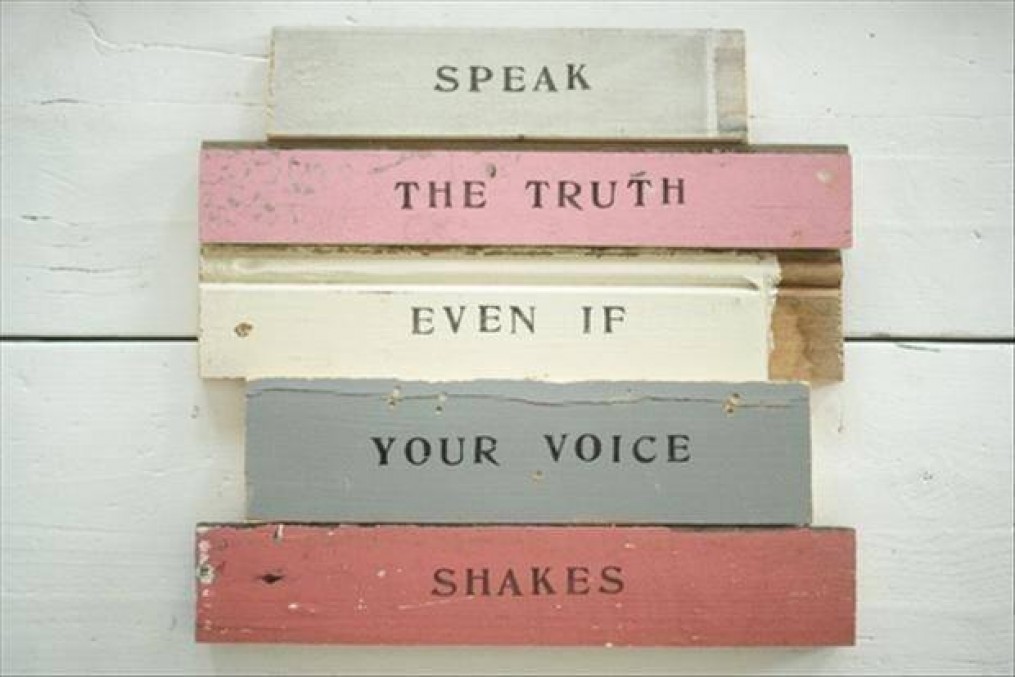 “Is there any point in public debate in a society where hardly anyone has been taught how to think, while millions have been taught what to think?”
― Peter Hitchens, British Journal

Last year we lost two incredible independent thinkers:  Dr. John Sarno, MD, who healed thousands with his mindbody medicine, and author, Louise Hay, who was famous for saying, “It’s only a thought, and a thought can be changed.”

From the cradle to the grave, we are taught to become dependent on physicians, to believe that surgery, pills, hardware, and physical therapy are the only alternatives to healing. We are taught what to think, not how to think.

Healthcare is big business, According to the Services for Medicare and Medicaid Services, the average annual costs per person hit $10,345 in 2016. In 1960, the average cost per person was only $146 — and, adjusting for inflation, that means costs are nine times higher now than they were then.

First, it’s important that you see a physician to ensure that there are no structural or biochemical problems lurking under the pain. But once you know it is mind-body, it’s unwise to stay with that physician because he will offer scans, prescriptions, physical therapy and any number of physical modalities that might do more harm than good. Medicine is big business in America.

This I know for sure. After stopping opioids pain doesn’t magically disappear like doctors or the government would lead you to believe. Not only did I still have pain, but I was consumed with anxiety and depression. Opioids had stopped the feel-good natural hormones in my brain from kicking into gear.

My medical physician recommended seeing a mental health counselor connected to that health care facility. A relationship with this particular healthcare provider is different from one with a regular shrink in that the counselor shares your information with the physician. With mainstream shrinks, everything you say is confidential. That might be important to you. I’m not real comfortable with my information being shared. Maybe you would like that?

I have been to this counselor twice now. It wasn’t until the end of the second appointment that I realized we were on different pages when talking about mindbody symptoms. She keeps saying “the mind is very powerful” but I’m not sure she knows exactly what to do with that information. It seemed to be a talking point without legs. According to Dr. Sarno, the mind is so powerful, it creates most of our pain and we can also change that with our mind.

When I mentioned creating neuro pathways in the brain, she said “that’s what I’m talking about”…but I never would have known as she never once used the word. Did she think I would not understand the concepts?

One of the first things I learned when taking classes in clinical psychology in college is to never give advice to patients. And yet, this counselor had our entire time scripted.  When trying to go deeper, telling her I had a lot of anger toward the surgeon who fused my back (twice due to error), she didn’t seem to know what to do with the information. We can talk about that at another time, she told me. Then thanked me for being so honest. I just wanted to delve into things rather than skirt the issues. But like I said, she appeared to have our time scripted.

I also mentioned that I had read that patients who suffer congestive heart failure like I have usually only live about five years after the diagnosis, that I tried to get the idea out of my mind but I found myself going back to it. I have a lot of anger about that, I shared.

That’s when she hit me with, “Your mind is very powerful. If you think that, then I guarantee that you will die in 5 years.”

Yet, later when she asked me to rate my pain from one to five as to where I wanted to be in three months, she added,  “I doubt we will reach zero with your pain.” What happened to “the mind is very powerful?” TMS doctors will definitely hold an expectation for you of a pain free life. As Dr. Schubiner says, people in pain don’t want to manage their pain. They want it gone.

The inconsistency confused me.

During my first visit, I asked this mental health counselor if she had heard of Dr. Sarno? She said “yes” so I thought we were on the same page about mindbody issues. During the second session, I told her that there were only about 20 physicians nationwide who practiced the Sarno or mindbody methods. She admitted she had not heard of these doctors. She had no idea what I was talking about, or the points I had been making.

When I tried to tell her that spinal surgeon (Dr. David Hanscom’s website) in Washington State said that only about 22% of spine surgeries are successful, she interrupted me, stating emphatically,  “You really are angry about your spinal surgery, aren’t you?”

It took me back because my spine surgery was not my point at that moment. I was trying to explain to her that often surgery is unnecessary because it’s a psychosomatic or mindbody problem. I admitted I was angry, but her comment came out of the blue and hijacked my thoughts.

It was then that I realized she and I were not walking down the same path. I’ve had a great deal of therapy between the ages of 20 and 30, but we rarely ever talked about my repeated health issues, and how they tied in to psychosocial aspects of my life.

I had at least ten root canals due to dental pain during a ten year period when I was in a stressful relationship that made me unimportant. Had I been fortunate enough to go to a mindbody therapist then, I might have saved my teeth and thousands of dollars.

Therapy in general and therapy geared toward those who suffer mindbody issues vary widely.  Mindbody patients need a practitioner who is educated in Dr. Sarno’s theories or in how the  neuropathways in the brain are formed and changed. Recovery from mindbody pain is specific, requiring therapists who know the program inside and out.

The TMSwicki Website offers a listing of TMS Therapists. who practice mindbody techniques. Also therapist Hasanna Fletcher   has written an article to help with your search.

I know that the counselor at my health center is not the one who will help me the most with my pain issues. I feel like I need to teach her the program. I encourage everyone to use the TMSwiki website to find a practitioner who can help you the most.

http://unlearnyourpain.com“To eliminate TMS symptoms, the sufferer needs to become aware of the very feelings he’s trying to avoid. And he needs to know–deep down in his gut, not just intellectually–that it’s completely OK to experience those feelings.”

“Mind Body Syndrome does not cause cancer or heart disease or stroke.”

These are conditions that occur with advancing age and cause illness and possible death due to tissue breakdown.
“There is no clear evidence that they can be cured by changing how one thinks,” writes Schubiner. Other disorders that are not considered MBS are asthma, systemic lupus, rheumatoid arthritis and multiple sclerosis.

"If you get (start) to believe something really, really strongly, it can fire up and reach every cell in your body and transform your body." (YouTube, Miraculous Healing 2 of 2).

"There is no question that the things we think have a tremendous effect upon our bodies. If we can change our thinking, the body frequently heals itself."

'Ultimately, I am confident that TMS theory will become part of mainstream medicine for the simple reason that it is correct, and more successful at alleviating pain than any other modality."

"Stillness meditation is essentially the formal practice of the simple and natural ability to let both body and mind relax and become free of logical input, focus, effort or concentration. This approach to meditation differs from traditional techniques, does not involve ritual, and is unrelated to culture, philosophy or religion. Not only that, it's simple, safe, effortless and effective."

"The sorrow which has no vent in tears may make other organs weep."